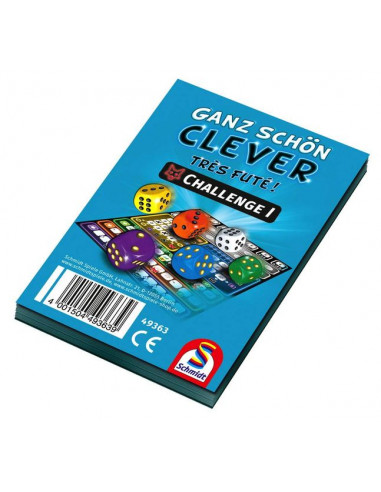 A new sheet layout, similar (but not identical) to "Challenge II" offered in the Ganz Schon Clever app.

This challenge changes the constraints and bonuses of each section, while keeping all the rules of the base game.

The differences from the app include:

No extra points for marking all 12 blue cells.
No wolf in the sixth reroll circle.

SSP49363
Tap to zoom
You need to login or create account