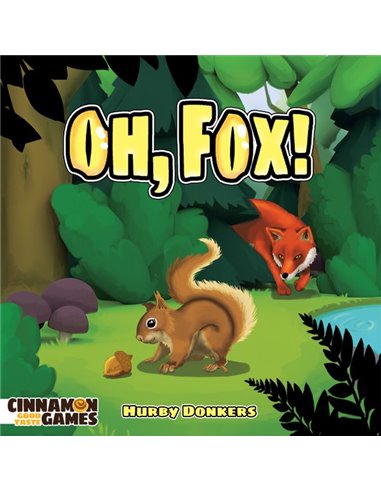 Only a few steps and those sweet berries are yours to eat. They're right there, just take them! But you hesitate, as things may not be as they seem. That vague shadow you spotted earlier could be anything... and anywhere. It could be one of your forest friends, looking for food, as usual. But maybe it's something more dangerous, watching your every move, planning its time to strike...

In Oh, Fox!, players assume the roles of animals of the forest, each with their own unique ability. Prey animals are gathering food while being hunted by the predator animal. Over 8 turns, players move across the board by simultaneously playing one face-up movement card each turn. However, their figurines don't actually move until the end of the game! So who is whom, and where are they? Can you hide your identity and figure out where the others are, before it is too late?