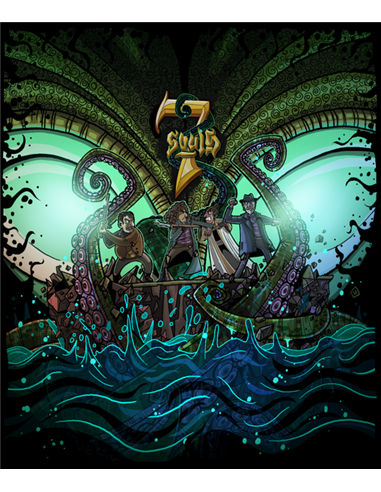 In 7 Souls, originally announced as Rise of the Elder Gods, players will become the gods, vying for control over their supporters, from cultists and acolytes, to betrayers, prophets, and more. Controlling these weak human parasites in an effort to gather support, power and souls to feed their hunger and desire.

This beautifully creepy game for 1-6 players, taking only 30-40 minutes, will have players cheering and cursing as they compete with their sanity to outdo each other and corrupt the investigators! Time sensitive simultaneous action selection, "Callings" (secret objectives), "Blessings" (awards), and sacrificial altars help players focus their strategies while providing multiple paths to victory.