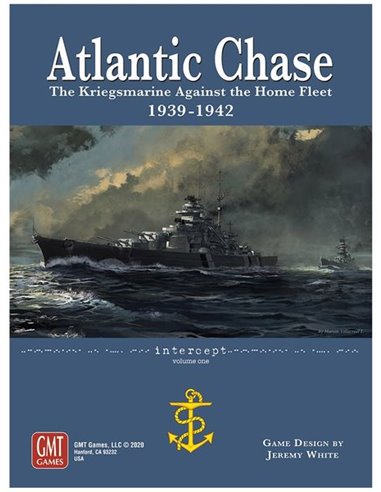 "Atlantic Chase" simulates the naval campaigns fought in the North Atlantic between the surface fleets of the Royal Navy and the Kriegsmarine between 1939 and 1942. It utilizes a system of trajectories to model the fog of war that bedeviled the commands during this period. Just as the pins and strings adorning Churchill’s wall represented the course of the ships underway, players arrange trajectory lines across the shared game board, each line representing a task force’s path of travel. Without resorting to dummy blocks, hidden movement, or a double-blind system requiring a referee or computer, players experience the uncertainty endemic to this period of naval warfare.

GMT2015
Tap to zoom
You need to login or create account