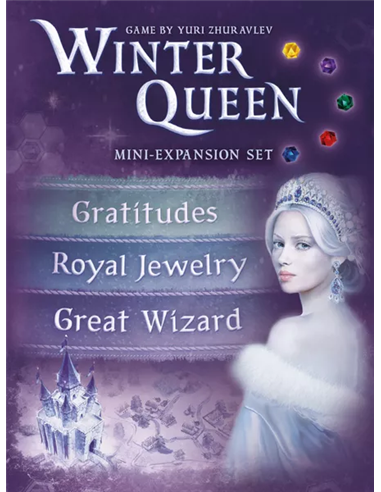 Mini-expansions set expand your experience of Winter Queen and consists of 3 fully compatible mini-expansions that you may use with the game.

This mini-expansion increases player interaction and competitiveness of Winter Queen. We recommend playing your first games without it, though. Gratitudes, when you’re ready to use them, will let you experience a new layer of strategy.

At the beginning of the game, you receive 5 Gratitude tokens. Each of them corresponds to one of the crystal colors. When you place a crystal on a Queendom Map board, you flip the Gratitude token of the corresponding color face up, thus activating it. From now on, you may use it. Each token grants you a special one-time ability. When the token is used, it flips face down... until you retrieve it again by placing the crystal of its color on the Map board. Each Gratitude token is a very powerful tool if used wisely. For example, green token allows you to swap any 2 Queen’s Domain tiles on the Map board, and red one can replace up to 3 crystals on the Crystal Holder tiles.

This expansion adds a whole new level of strategy. In the base game, crystals from the Spell Books you activate are discarded. Royal Jewelry gives these crystals a second life. After you activate a Spell Book, instead of discarding crystal(s), you move them to your Royal Jewelry card. You may choose to put crystal(s) in the Treasury or add it to your Tiara. At the end of the game the Treasury generates 1 VP for every 2 crystals in it, and The Tiara can generate up to insane 10 VPs!

When you play solo, replace common Spell Books with 8 special ones and remove all but 20 crystals from the game. Create patterns out of enchanted crystals as usual and do your best to score as many VPs as possible. Compare your result with the chart and measure your success on a scale from a mere Charlatan to a truly Great Wizard! 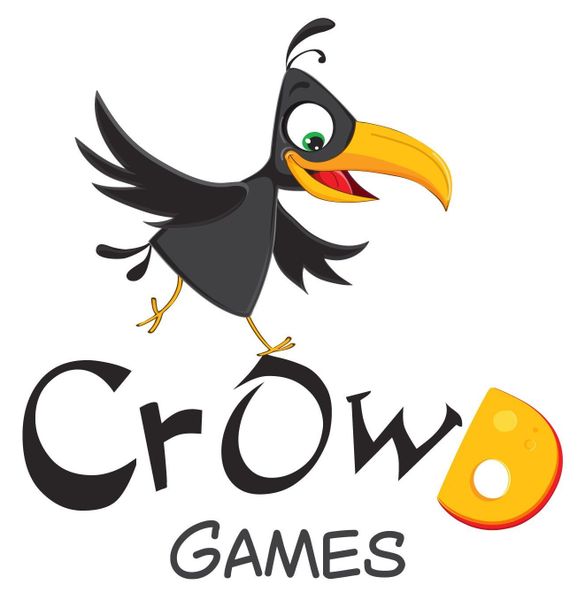