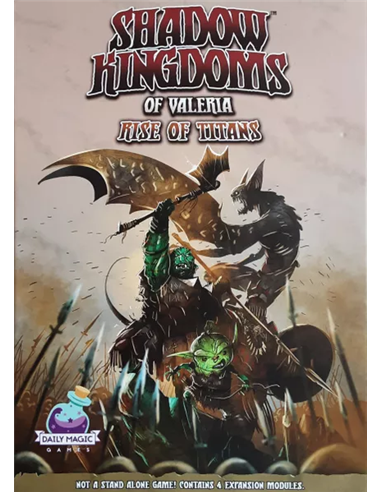 The Story of Rise of Titans:
Lord Nore, the Lich King, has sacrificed his essence in order to become the Shrine of the Titans, allowing Wardens to resurrect their strongest warriors. As the Shrine magically snapped into existence, it also unearthed ancient spells that will help you turn the tide of battle or manipulate your status within the war. The listless Wraiths have finally awoken from their slumber and now crave retribution for the many wrongs done to monster-kin throughout the ages. Now is the time to send your hordes to great battles and crush the Humans, Elves, and Dwarves from Valeria that have taken your lands. With these new powers at your disposal, will you be able to reclaim your glory and become the next General of the Dark Army?

Introduction: This expansion includes four modules: Shrine of the Titans, Great Battles, Ancient Spells, and Wraith Dice. You may play with one or more modules, mixing and matching as you please. Modules can all be included in a game of Shadow Kingdoms of Valeria, though we recommend that you have a firm understanding of the base game and each module before including them all at once. 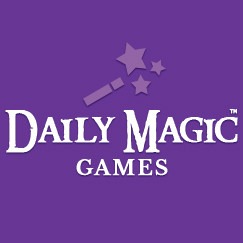