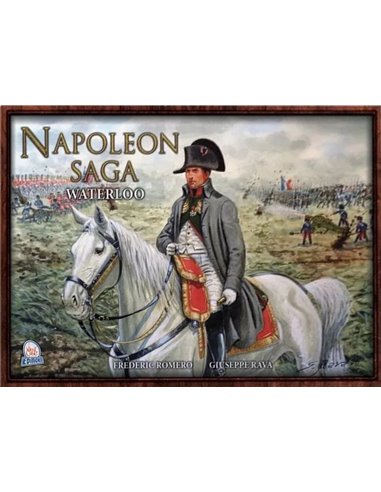 Napoleon Saga is a strategic card-wargame for two players that lets them play the 1815 Belgium campaign battles opposing the French army to the coalition force.

In this game, each player has two decks of cards that represent his army and his strategic plans. They deploy their starting troops on the board and alternate turns to defeat their opponent in one of two ways:

You can recreate famous historical battles such as Quatre-Bras, Ligny, Waterloo or Wavre with the scenarios included in the two expansions, (the base game contains no scenarios), or you can change history by building your own armies with the deck-building aspect of the game.