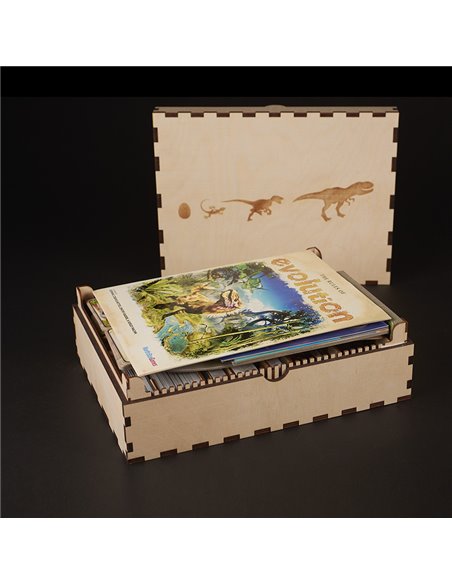 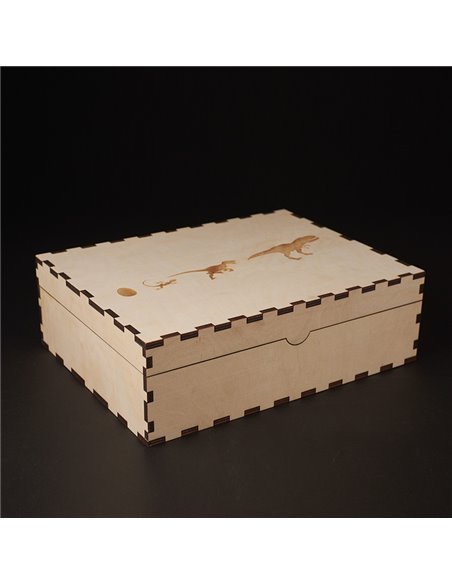 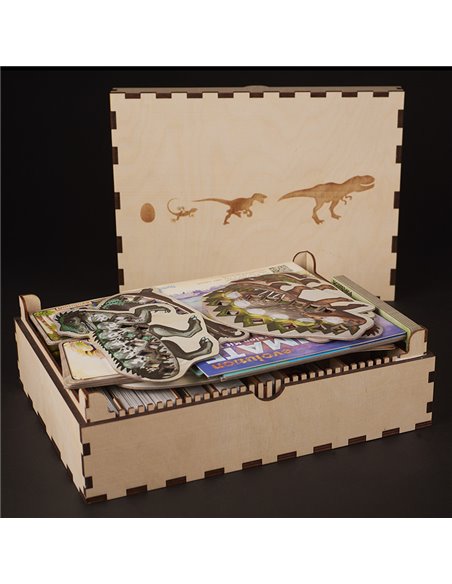 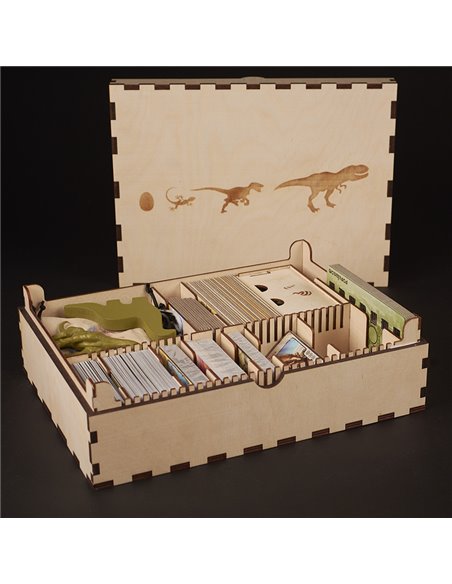 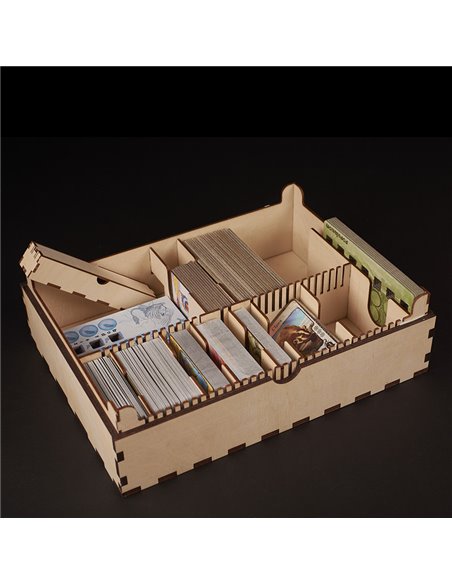 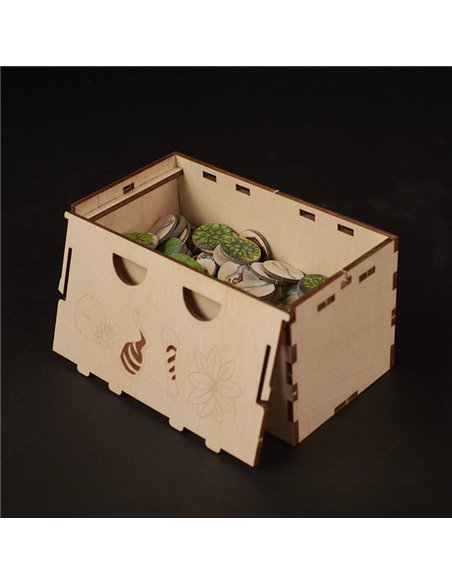 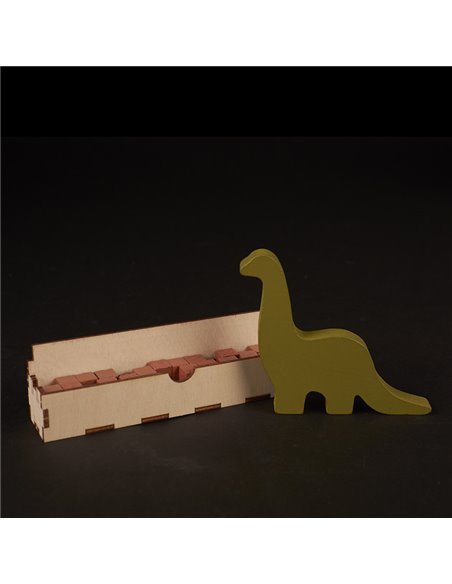 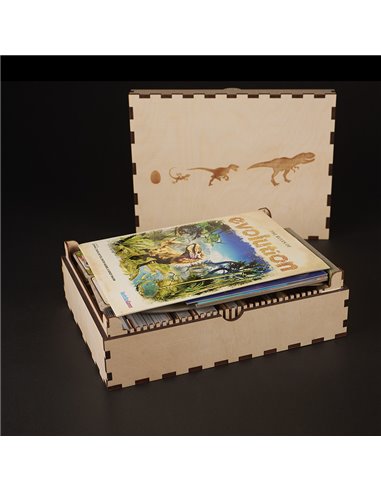 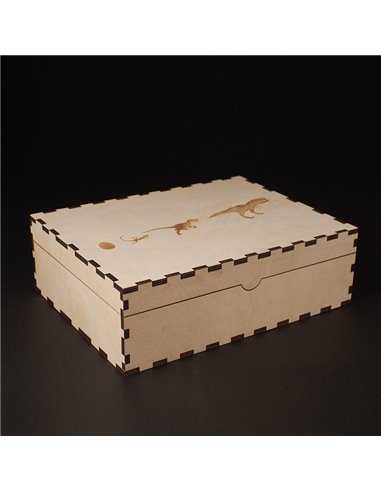 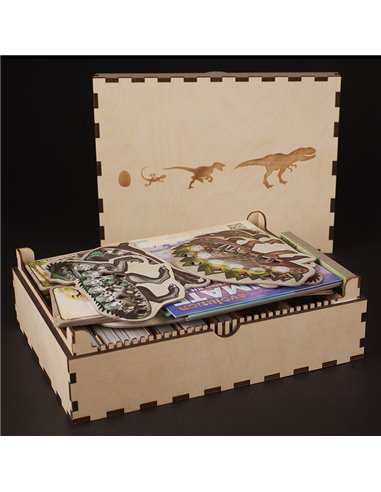 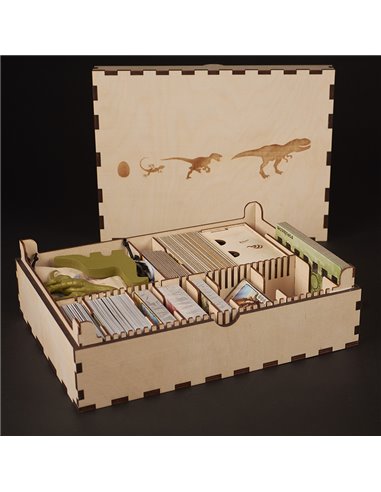 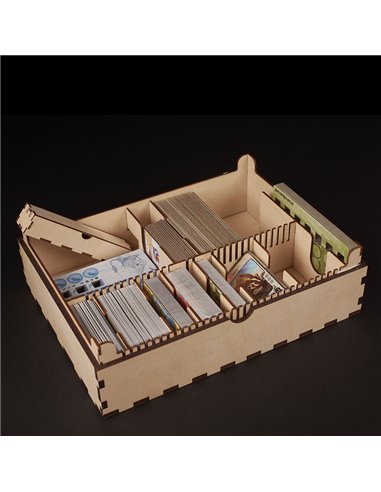 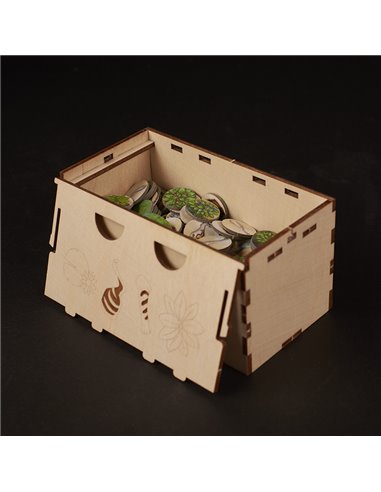 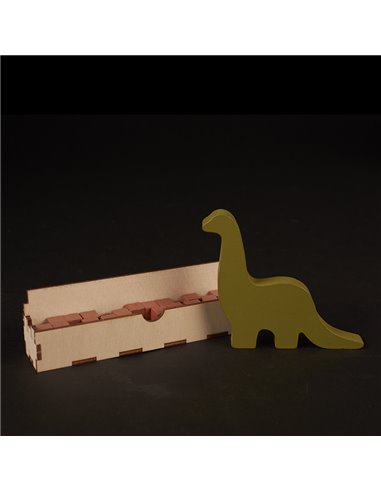 Store all your dinosaurs and other creatures from Evolution™ in the Darwin's Coffer which was specially designed to hold everything in place. Since the original box turned out to be to small to hold all expansions, we decided to go with a big box version. A sturdy outer box holds the components safe inside. An extra box with the food tokens and the wooden cubes for the species is also provided.

holds the base game, Flight, Climate and kickstarter extras
supports thick sleeved cards
separate box for the food and cubes
modular dividers for the cards 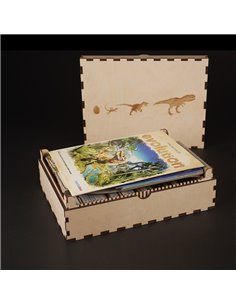 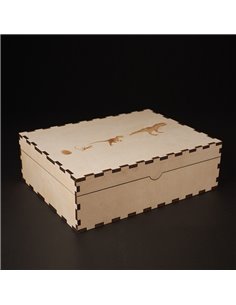 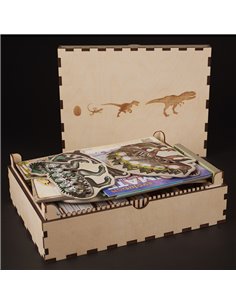 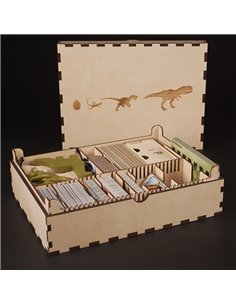 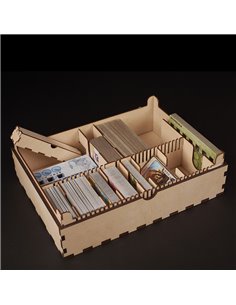 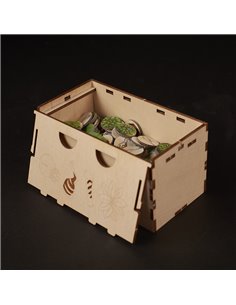 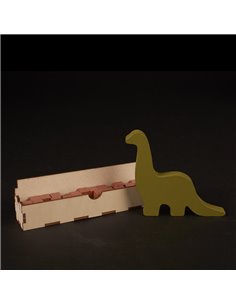