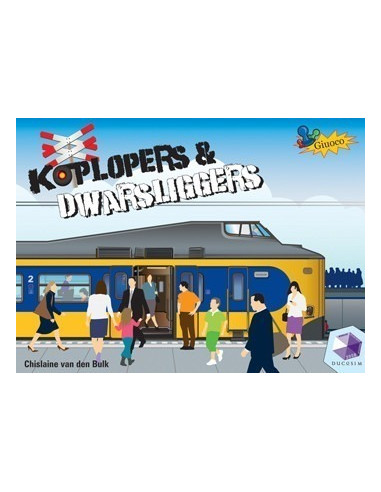 The game Koplopers en Dwarsliggers puts the players in charge of their own railway company. These companies may use all railway tracks in the Netherlands. Their only goal is to transport as many passengers as possible to their intended destinations. For these passengers the journey from Rotterdam to Amsterdam may well go via Eindhoven.

Sometimes there is a sudden change of direction when the train has picked up more passengers, and a majority of those want to go to another part of the country. At other times trains may well skip stations when no passengers need to be there. And when a train does call at a station the passengers enter quickly hoping that they will arrive at their destination today. Is your train the one to be in? How many times they must change trains in order to arrive at their destination? Or will they not make it at all, because of those annoying obstructions?

Introduction to the game
In Koplopers en Dwarsliggers every player may construct up to three trains and each of those trains can transport up to 500 passengers. During the game you pick up passengers at stations and put their tokens at your train organizer card in the corresponding box. And then you try to transport your passengers to their destinations, after which you collect their tokens in your tray. Each turn you may spend five action points that you can use for constructing or scrapping trains, but you may also combine trains, split them up again, or reverse them. You can pick up passengers, transport them or have them change trains, and finally you can play obstruction cards or perform an emergency repair. The player who has brought the highest number of passengers to their destination wins the game.

Koploper is a Dutch train type (see game box), but it also means ‘front runner’. The railway meaning of dwarsligger is sleeper, but it also is Dutch for an obstructive person;
The game board is based on the actual railway lay-out in the Netherlands;
The abbreviations used to denote stations are the official abbreviations used by the Dutch railway companies;
The designer of the game works for Nederlandse Spoorwegen, the main passenger railway company in the Netherlands. 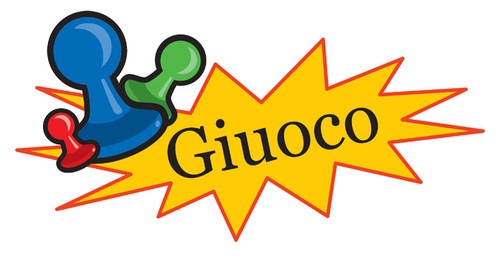