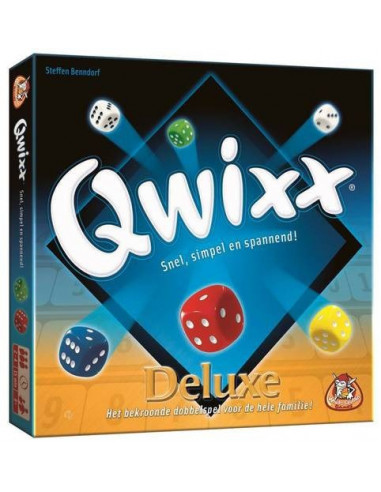 Qwixx Deluxe is a new edition of the Spiel des Jahres-nominated dice game. In this version everything is bigger, the players have boards with dry erase markers in place of the original paper and pencil. This edition is also for up to 8 players instead of only 5 in the original game. The biggest change in this edition, though, is that on the back of the regular player boards are the Qwixx Mixx boards that have the colors scrambled throughout the different lines, which changes many of the strategies while keeping the mechanisms largely the same.

The rules for Qwixx: