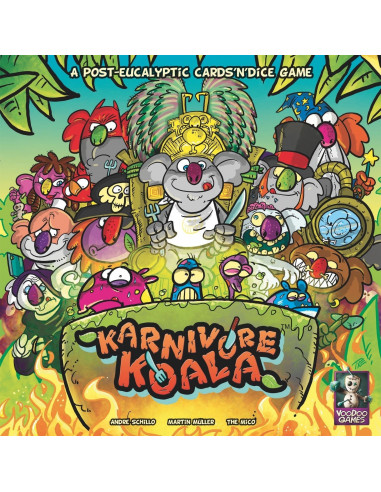 Karnivore Koala is a cards´n´dice game set in a post-eucalyptic world in which 2-6 players are on the hunt for mutant animals.

Each player controls one koala king and builds up a tribe by placing workbears, villagebears and huntbears in it. Rolling and re-rolling the 5 special dice allows a player to activate their koala's special effects.

Backstabbears will be used to foil each player`s plans and deny their victory.

The first player that was able to hunt an appetizer, a main dish and a dessert pleased their king and wins the game!