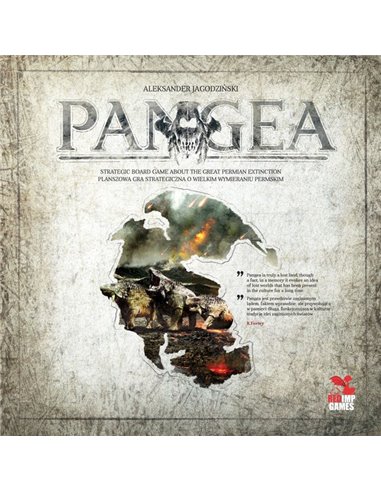 Pangea is a strategic board game set in the time of the Great Permian Extinction. Back then, at the end of Perm, life on Earth was on the brink of utter extinction.

Over the course of the game, each player manages a particular species and tries to prepare it for the imminent catastrophe by adaptation to a changing environment as well as fighting other species.