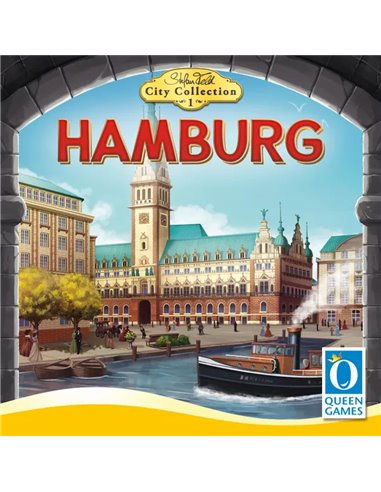 Hamburg is a card game in which each card has five different uses, and players must cleverly choose the best use for each one, all while avoiding disasters and racing for different objectives.

In the game, players act as mayors of the city of Hamburg in the late 19th century. The game is played over eight rounds. At the beginning of the round, six colored dice are rolled, with players receiving a threat marker in the color of any die that rolls a 5 or 6. The black die is a "wild" threat, with players drawing a threat token with one of the other threat types hidden on the back. If a player ever has three of one type of threat, they receive a penalty.

Next, players have the opportunity to pay a number of coins (equal to the pips on all dice
showing a 1 or 2) to advance on the mayor's track. The black die also activates the clergy in St.
Michael's Church, which serves as a round counter and awards points for certain building types at the end of the game.

On their turn, players play five cards from any of five stacks of cards, one for each of the five colors in the game. These cards are in thirteen categories, each representing a different location around Hamburg, with seventeen individual cards within each category. Each card in a player's hand may be used for a number of purposes, including building the city wall, activating boats (if a 3 or 4 is rolled), starting a building plot, and constructing a building (card) on the plot, with this building granting a new ability or endgame scoring condition.

Players receive points for various accomplishments during the game. In addition, they may receive bonus points by being the only player to have achieved one of five conditions for that round. Whoever scores the most points after eight rounds wins.

Hamburg is a reimplementation of Bruges, including The City on the Zwin and Pets expansions and some new content, with some moderate rules enhancements. 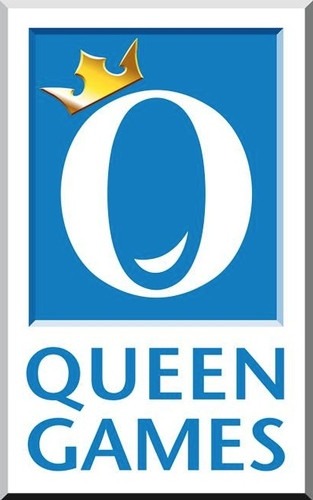